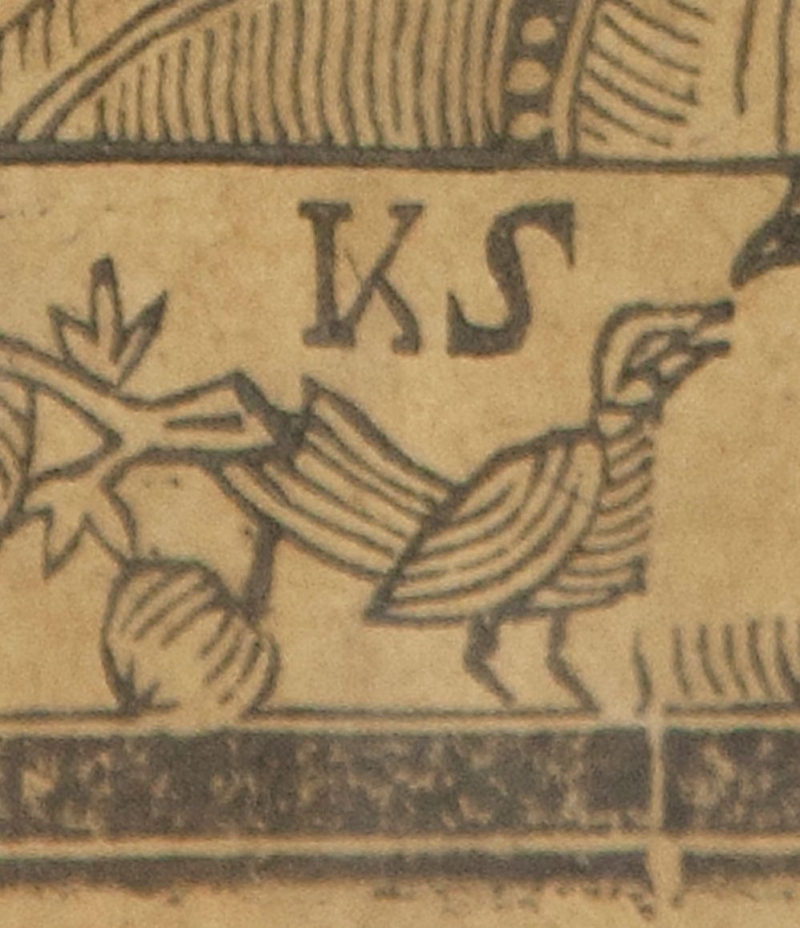 It is very rare for the full name of a woodcut artist to appear in a print. We know only a few such cases. Among them are Jakub Zimnicki, Samuel Stefanów, Antoni Cechowic and Grzegorz Skowroński. Usually the signature is limited to one, two or at most three letters, which are presumably the first letters of the names or nicknames of the artists. Sometimes they also include the date when the block was made. However, even a cursory comparative analysis of signatures on prints art indicates that sometimes an identical one might be used by a number of woodcut makers who have the same initials. Let us take the example of prints signed with the letters K.S. These initials were used by a painter and woodcut maker associated with a workshop in Leżajsk who lived from 1825 to 1878 (e.g. 60013 MEK), and also by a woodcut maker(s?) in the early decades of the nineteenth century known from several prints and blocks (e.g. E/2908/MT, ECT.3019, 318 MRE).

It is certain that some artists who were usually not very skilled in the art of writing or completely illiterate sometimes mechanically copied a signature from the foot of the work which served as their model. Whole popular prints made in different techniques were in fact often copied by them, at times so closely that they even included the captions.

It may be assumed that some of the signatures could have appeared on the blocks later and were made by the person who printed the graphics rather than by the woodcut maker. This is probably the case with the block from Kostrycki workshop of Płazów (7807 MEK). The style of the letters M.K. cut out with simple tools essentially differs from the other inscriptions.

It can not be ruled out that some of the letters now taken to represent the initials of the authors may be a fragment of an inept inscription.

Usually the signature is to be found in the inscription field, in the right-hand corner and more rarely in the left-hand one. However, sometimes more or less elaborate initials blend into the composition (e.g. woodcut from the Stefanyk Library: 69742, 69736), or constitute an additional decorative element. Searching for them then becomes an interesting task requiring a sharp eye.