STRONA GŁÓWNA / AWERS/REWERS / THE HOLY TRINITY OR THE CORONATION OF THE VIRGIN MARY? 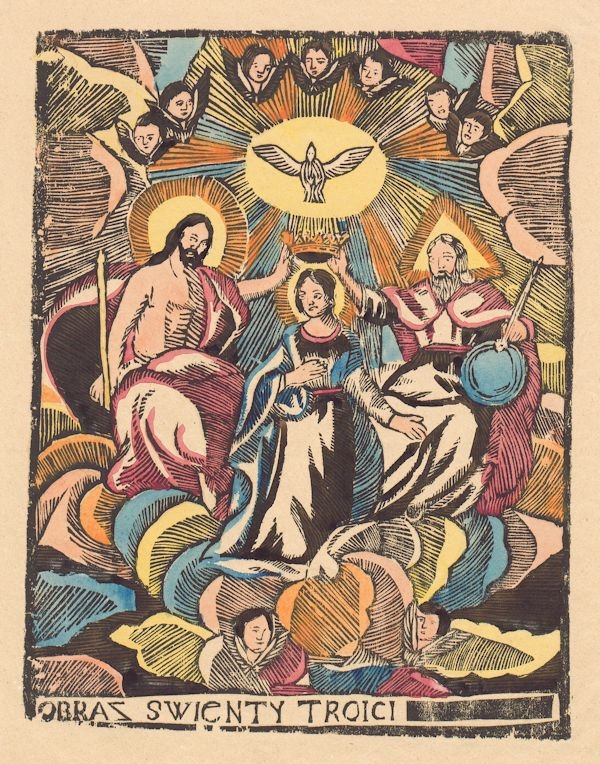 Traditional belief had it that God appeared mainly as the Creator and as an austere judge, whose interference in the fate of mortals occurred rarely and that contact with Him was only possible thanks to the intercession of holy intermediaries. An exception to the rule is a relatively rare depiction of the Eye of Providence, symbolising God as being generous and merciful, caring for everyone in need. On this woodcut print in the MEK collection, made from a woodblock dating from 1823, we see a pair of arms coming out from the clouds, feeding birds with grain and people with bread (cf. 7723 MEK).