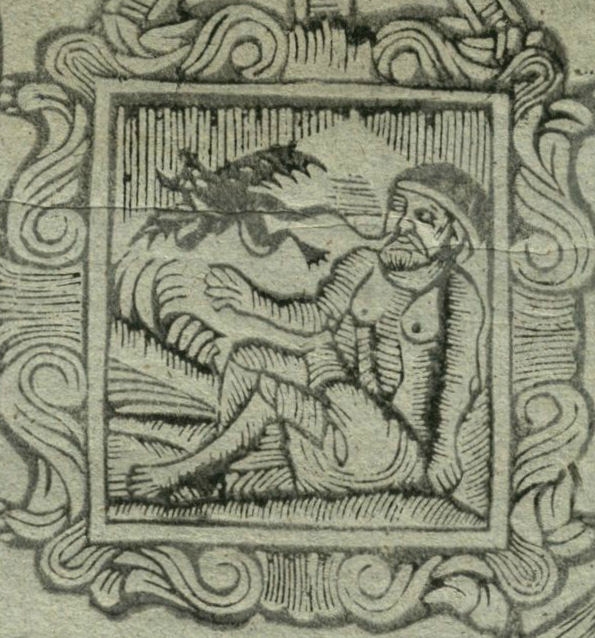 These figural ex-votos or, more rarely, votive images, are often clumsy and schematic. They include hearts, as a symbol of the gratitude and devotion of the giver or their family, as well as invalids’ crutches and strings of beads. Other frequently occurring motifs are parts of the human body – heads, legs, arms, eyes, ears – or figures of infants in swaddling clothes, as explicit illustrations of the nature of the grace received.

Of particular note are two, probably eighteenth-century woodcuts from the collection of Józef Gwalbert Pawlikowski, now held in the Wasyl Stefanyk National Scientific Library of Ukraine in Lviv. These are large prints depicting the Crucified Christ of Kobylanka, a sanctuary popular since the seventeenth century and visited by great numbers of pilgrims. One of them was printed from two blocks, or one two-sided block (see 69742), while the other is composed of six impressions glued together (see 69743). On each of them the central element of the composition is, of course, a depiction of the Crucified Christ. Numerous ex-votos are positioned around the cross, and interspersed with these are between eight and twelve votive images showing scenes of prayer or representations of miracles. They feature invalids lying in bed, people offering up impassioned pleas, or worried parents bending over sick or invalid children. Elsewhere there are dramatic scenes of accidents, battles with the elemental force of water, and even the dead brought back to life and the possessed depicted at the moment of their release from Satan’s bondage. The authors of both prints have devoted considerable attention to the scenes on the votive images. They are not merely copies of the background of the miraculous image in the sanctuary in Kobylanka; it is clear that they were made with great care, hence the considerable attention to detail in these images. These woodcuts were presumably intended to bear witness to miracles wrought through the mediation of the Christ of Kobylanka and thus to popularise the cult of the miraculous image that drew armies of pilgrims not only from the local area but from as far afield as Silesia, Slovakia and Hungary. Perhaps they were made to commission by the guardians of the sanctuary, who intended it for a large target group – many of the pilgrims would have been illiterate or foreign. The large size of the impressions suggests that they were not intended as souvenirs of pilgrimage, but probably as elements of the interior decoration of churches or chapels. They themselves offered inspiration to folk artists making works to meet the needs of rural and provincial customers.

Some of the images of the Christ of Kobylanka in Polish collections are compositionally related to these woodcuts (e.g. MC/S/5380, 7792 MEK). They are usually smaller, and hand-coloured. The background in these compositions is filled with more or less schematically treated ex-votos representing a narrative already familiar to us from the prints in the Lviv collection.