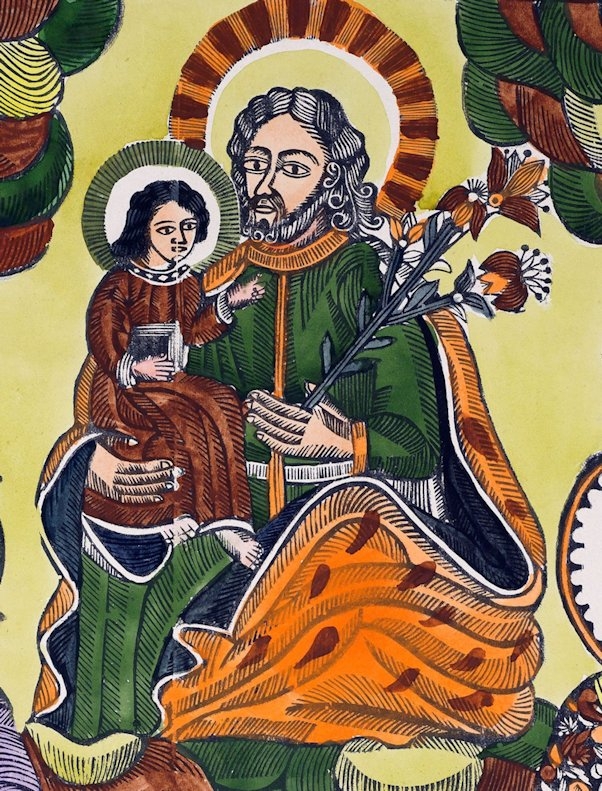 St Joseph, husband of Mary, and guardian and carer of Jesus, is one of the Church’s most important saints. He stemmed from the house and line of King David and lived in the town of Nazareth in Galilee. By trade he was a carpenter. The gospels depict him as a righteous, devout, good, hardworking, modest, humble man with a flair for action. The figure of St Joseph attracted the interest of theologians and biblical scholars. St Jerome and St Augustine evince a profound respect for him, while his virtues as the Guardian of Our Saviour were extolled by St Bernard of Clairvaux, St Thomas Aquinas, Albert the Great, and Bridget of Sweden. St Teresa of Avila considered him to be of great importance for Christian spirituality. The cult of this saint in the liturgy is confirmed in 9th-century manuscripts relating to the Benedictine priory on the island of Reichenau. From the 10th century martyrologies regularly list the name of St Joseph under 19 March. The cult in Poland dates back to the Middle Ages, and really took off in the 17th century with the foundation of the sanctuary in Kalisz.

St Joseph occupies an important place in Polish religiosity and folk tradition. Images of him are often hung in homes, and devotional pictures of him and prayers for his intercession have always been popular. The weather on St Joseph’s Day was always carefully observed, as it was thought to be a predictor of a plentiful harvest. 19 March was also the date on which important work in the fields began – ploughing, and sowing of clover and peas. On the eve of St Joseph’s Day storks’ nests were repaired, in the belief that as they returned from distant lands the birds brought the long-awaited spring with them, along with good luck, plenty and peace in the family.

Iconography: the saint is depicted with the Child Jesus in his arm, a lily, carpenter’s tools, a water skin, a staff, the flowering rod of Jesse, a bowl of groats, a lamp, a vine, and in scenes of the Holy Family.

Since 1955 May Day, 1 May has been the feast day of St Joseph the Craftsman, the patron saint of all workers.