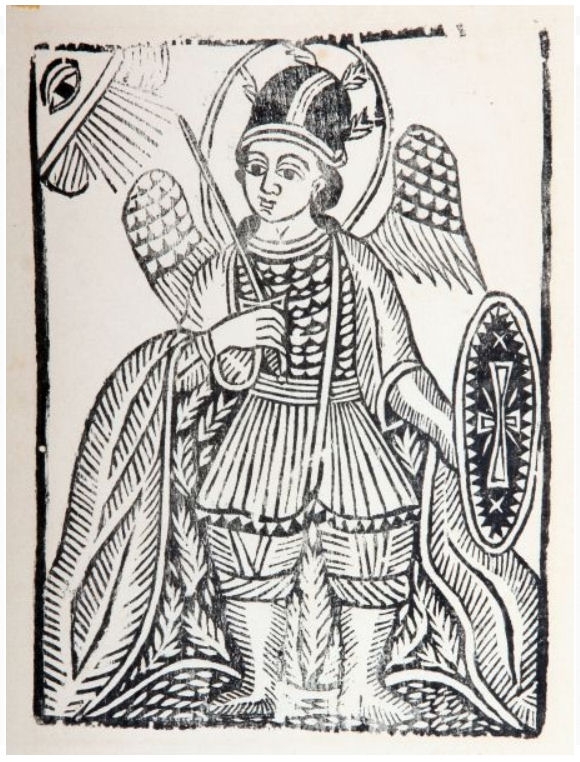 Saint Michael the Archangel is a powerful heavenly spirit, the first and most important of the three archangels venerated in the Church. God bestowed special powers on him and entrusted him with the keys to heaven. According to tradition, when some of the angels rebelled against God, Archangel Michael was the first to rise up against them, with a cry of “Who is like God?” On the basis of biblical, apocryphal and early Christian writings, St Michael is held up as the angel of judgement and punishment, but also of divine grace, unceasingly struggling against evil and interceding with the Creator on behalf of mankind. At the last judgement it is Archangel Michael who will weigh humanity’s deeds, and he is thus often depicted with a set of scales.

The cult of St Michael the Archangel in Christianity dates back to the 2nd century. From the beginning it was very vibrant, and spread rapidly, first in Asia Minor, Constantinople and Ethiopia. Places of especial cult in the west of Europe connected with St Michael and his revelations include Monte Gargano in Apulia in Apulia, and the rocky outcrop of Mont Saint-Michel on the Normandy coast in France.

In the folk tradition, after 29 September shepherds grazing their sheep on mountain pastures began to drive their flocks back down to the villages for the autumn. After St Michael’s Day livestock could also be allowed to graze without regard for the boundaries between the strips of land farmed by different peasants.

Michael – boy’s name derived from the Hebrew; Mika’el means “who is like God, who can compare with God”.

Iconography: the Archangel Michael is usually depicted as a winged warrior with a sword or a lance, casting Satan into the abyss. Other attributes are scales, a globe, a cross, and a shield with the inscription Quis ut Deus (Who is like God).

Patronage: the catholic Church, the female and male orders of St Michael (orders whose mission is to work with young people), the sick and dying, soldiers, police officers, surveyors, engravers, goldsmiths, radiologists, Ukraine, Germany, Łańcut, and the Łomża diocese.

St Michael is also considered the patron saint of good death, as according to tradition he accompanies the dying, guarding their souls from Satan and where necessary fighting for them.