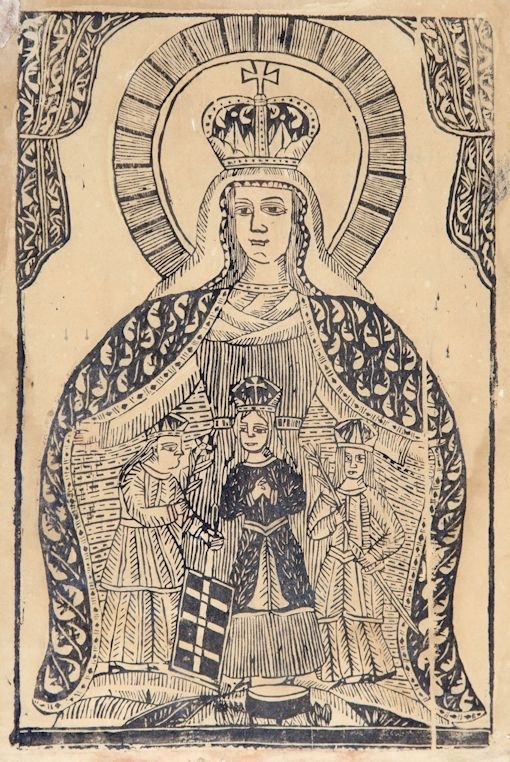 Like many other saints from the dawn of Christianity, St Sophia is a figure cloaked in mystery. Hagiographies on her person are known, but they were written in much later periods and much of the information they contain is contradictory. According to tradition, St Sophia, a widow, lived in Rome in the 2nd century and had three daughters: Fides, Spes and Caritas (Faith, Hope and Charity). When the authorities learned that the family confessed Christ, Sophia was summoned before the governor. In order to acquit herself, she was ordered to pay homage to the goddess Diana, and when she refused outright her children were subjected to torture. But even this did not break this valiant Christian – indeed, she even urged her daughters to accept their suffering bravely. Perplexed at the woman’s unwavering stance, the governor spared her life, but she died shortly afterwards from grief. Another version claims that St Sophia was tortured and died with her daughters. The cult of St Sophia emerged in the early centuries of Christianity in both the East and the West.

Iconography: St Sophia is depicted with her daughters, who in addition to their palms of martyrdom hold the instruments of their torture, including a rack, a cauldron, clubs and fasces. Faith, Hope and Charity (Love) are considered the personifications of the theological virtues of the same names.

Patronage: widows, the wise, the southern Polish village of Bobowa.

In 1410 a Fraternity of St Sophia was appointed at the Church of St Mark in Krakow. All Christians were eligible for membership, irrespective of gender, age, estate and material status. The religious foundation for the activities of the fraternity was the cult of its patron saint and veneration of the Blessed Sacrament. The fraternity still exists to this day.

The marked cold spell that usually comes to Central Europe in mid-May owing to an inflow of cold polar air is popularly called “the cold gardeners” and “cold Sophia” in reference to the names of the saints whose saints’ days fall at this time: St Pancras, St Servatius and St Boniface are venerated on the three consecutive days prior to St Sophia’s Day on 15 May.

Saint Sophia and her daughters can be seen in our database on woodcuts E/1859/MT and MMP/E/5915.